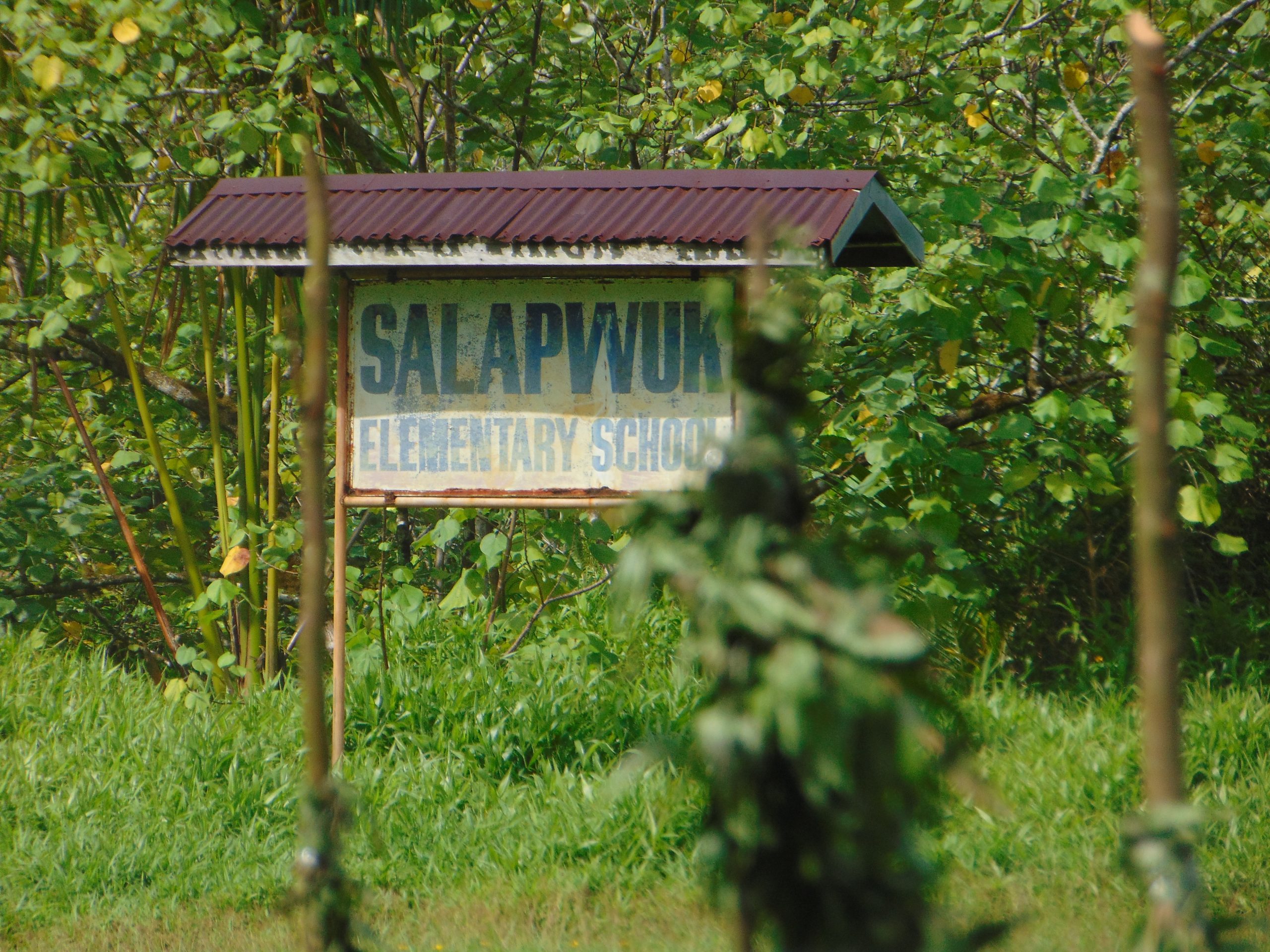 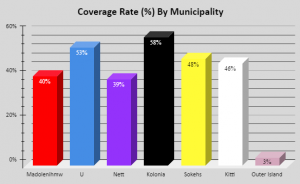 Dr. Thane Hancock, an epidemiologist from the US Centers for Disease and Control Center (CDC) continues to work with Dr. Rally Jim, the Department of Health and Social Services, and the Pohnpei COVID-19 Taskforce to provide expert advice and guidance for Pohnpei’s COVID-19 response efforts. He is also assisting with ventilator training.

Citing the success of Palau and Israel in recent months to achieve herd immunity in their countries, Dr. Hancock continues to encourage the Task Force and Pohnpei to press forward with vaccination efforts.  He said Pohnpei and FSM are already COVID FREE, now the effort should be made for  Pohnpei to be COVID-protected.  He was recently helping with outreach to the municipalities accompanying both Dr. Rally Jim and Dr. Payne Perman, to answer as many questions to alleviate the fear and misunderstanding surrounding COVID-19 vaccinations.

Governor Oliver expressed his gratitude for Dr. Hancock’s ongoing expert assistance and also related previously that the State of Israel has also committed to sending experts to assist with Pohnpei and FSM’s COVID-19 response efforts.

In Palau, their first COVID case is not active and causes little risk for the spread of infection.  Dr. Thane Hancock joined Palau’s press conference via zoom virtual conference.  He noted that Palau is the best nation in the world to respond to this, because of the measures they have implemented with vaccination, quarantine, testing, etc.

After welcoming the first group of students, Governor Oliver sat down with them in the cabinet conference room and offered some words of advice and encouragement. Acknowledging their excitement as they near the end of their high school educational journey, face new challenges, and depart from friends and teachers, he counseled them to prepare themselves for graduation and beyond.

Governor Oliver encouraged the students to set their dreams and achieve what they are passionate about. He said Pohnpei needs you as a teacher, nurse, engineer, or even a Governor. He encouraged the girls to aspire to the Governor’s position as well.

Before thanking the students for their visit, he gave a quick history lesson, naming the Governors of Pohnpei who came before him. Governor Oliver ended by urging them to make good use of their visit to the Governor’s Office and other Pohnpei State Government offices to help them decide what they want to do.

The second group of students from Madolenihmw High School met with Public Affairs Officer, Peteriko Hairens, representing the Governor, and Senator Shelten Neth who escorted the group from their visit at Legislature to the Governor’s Office.

Mr. Hairens welcomed the students on behalf of the Governor, noting that the Governor is very happy to have them visit, and apologized for his absence. Mr. Hairens conveyed words of encouragement to them to continue in their education and look to return to help Pohnpei. Senator Neth explained the government branches and functions, connecting them all together and explaining their responsibilities.

On Monday, May 31, 2021, Governor Oliver attended a Department of Public Safety function that combined the oath of administration, badge pinning, personnel inspection, and the commencement of Pohnpei State Police Academy Cycle #6.

Opening the ceremony with a word of prayer was Deacon William Ioanis who is also a Pohnpei State Police Captain. Welcoming remarks were made by the Director of the Department of Public Safety, Mr. Patrick Carl. Pohnpei State Chief Justice, Hon. Nelson Joseph administered the oath of office to the officers, which was followed by a badge pinning by the wives and family members of the Police Officers.

Governor Oliver shared three virtues that he has shared with previous officers, students, and citizens: Respect, Responsibility, and Honesty. He said, it’s up to you to follow and apply this, whether you are in uniform or not. He closed by sharing an important ability to complement all the training they have had so far, discernment. Governor Oliver stated, with all the knowledge, skills, and energy, they will need to know when and where to apply what has been learned at the right place, right time, and in the right amount. He said, you (Police Officers) are being relied upon by the people, 24/7, every year, and discernment will be very important in your continued service to the public.

The 8th-grade graduating class consisted of only three students: 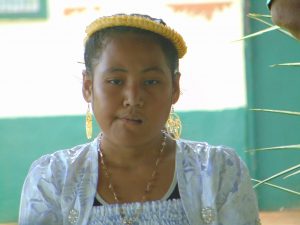 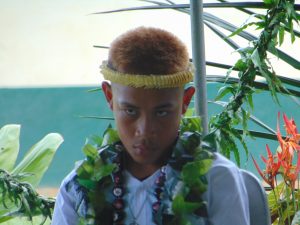 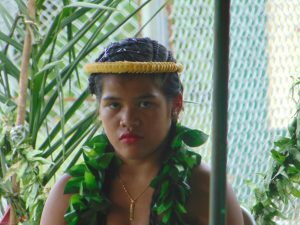 In his short remarks, Governor Oliver congratulated the students on their achievements thus far. He encouraged the new graduates to take action, sharing a quote “Acta Non-Verba” in Latin, translated as “actions, not words”. Governor Oliver counseled the graduates to stay away from negative people, work with those of the same mind and goal to achieve more together and to always remember and practice their identity as Pohnpeians.

The class valedictorian, Ms. Jasmine Tom’s address congratulated and encouraged her fellow students, thanked teachers and parents for their support, and espoused the principle of working together in cooperation and collaboration, or Enginkehlap.

Congratulations to all twelve 8th-grade graduates from ESDM Elementary School in Madolenihmw, who graduated on Wednesday, June 2, 2021.

After a welcome by PTA President, Mr. Stuard Penias, and speeches by Salutatorian, Janet Makaya and Valedictorian, Trishelle Tihpen, Keynote Speaker Katsandra Shed delivered her remarks. She shared three rules of working with others: Be Honest, Be respectful, Do your best and have fun. 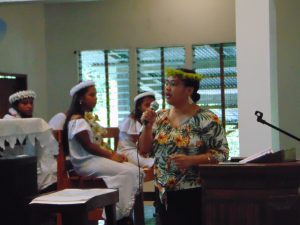 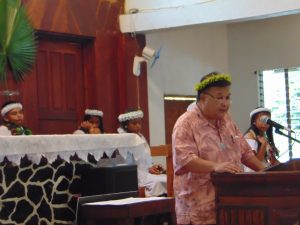 Governor Oliver delivered special remarks congratulating the students on their educational achievement. To Ms. Shed’s three rules, Governor Oliver added three virtues that he has shared with many others: Respect, Responsibility, and Honesty. He counseled the students to stay away from negative people, aim high and work with others for the good of their communities, our state, and our nation. 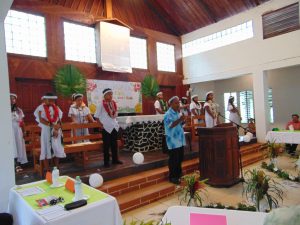 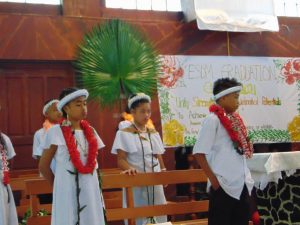 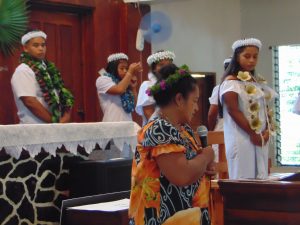 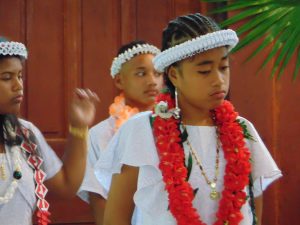 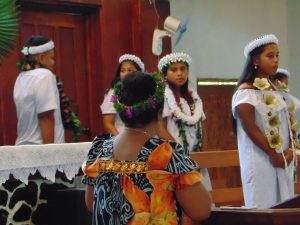 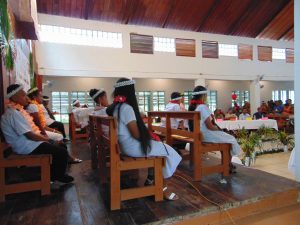 Enginkehlap News from the Office of the Governor 25-21

Jul 21, 2021 PIO
Enginkehlap News from the Office of the Governor

Jul 20, 2021 PIO
Enginkehlap News from the Office of the Governor

Enginkehlap News from the Office of the Governor 25-21

Jul 21, 2021 PIO
Enginkehlap News from the Office of the Governor

Jul 20, 2021 PIO
Enginkehlap News from the Office of the Governor

Jul 16, 2021 PIO
Enginkehlap News from the Office of the Governor