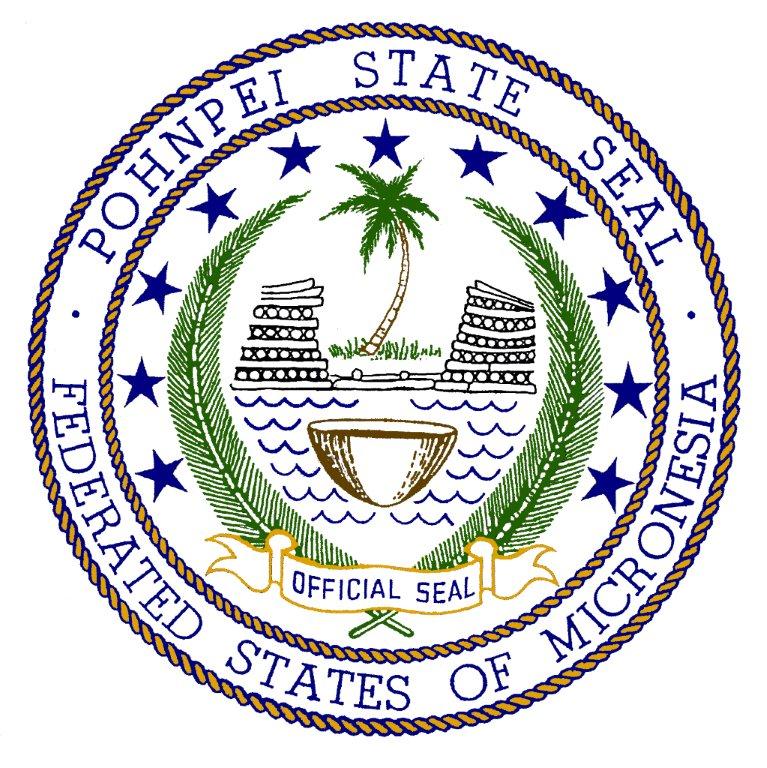 Highlights from a few Departments/Offices/Agencies:

On Monday, February 1, 2021, Governor Oliver met with COM-FSM President Karen Simion and COM-FSM Facilities Manager, Mr. Francisco Mendiola at the Governor’s cabinet conference room.  The purpose of the meeting was to discuss a proposed teaching clinic at the COM-FSM National Campus in Palikir.  The proposed teaching clinic will not only house the College’s Nursing and Public Health program, but also a Dispensary/Community Health Center.  The plans, designs, location, and geo-studies of this proposed teaching clinic/Dispensary have already been completed and the estimated cost will be approximately $4 million dollars.  COM-FSM will contribute $1.5 million and requests assistance from the Pohnpei State Government in the amount of $2.5 million from compact infrastructure funds.

Madame President Simion noted that this teaching clinic/dispensary benefits both students and the community.  The current teaching location for nursing students limits the number of students to enter the program.  This new facility will allow more students to enroll in these two very important programs: Nursing and Public Health.

Governor Oliver thanked Madame President and Mr. Mendiola for their visit and acknowledged the benefits of a teaching clinic/dispensary at COM-FSM for students and residents of Sokehs as well.  He requested the Director of Treasury and Administration, Ms. Christina Elnei, and Budget Officer, Mr. Leon Panuelo, Jr. to confirm the availability of these funds to complete this project and advised Madame President Simion and Mr. Mendiola that they would be advised via official communications on the availability of funds.

On February 2, 2021, Governor Oliver met with PTA Commissioner, Mr. Welson Panuel, to discuss PTA updates including the renovation of PTA Kolonia as a temporary location for the Office of the Governor, equipment needs, and plans to corporatize or privatize PTA.

Commissioner Panuel informed Governor Oliver that PTA Kolonia headquarters will be ready by next month as the temporary location for the Office of the Governor and Department of Treasury and Administration. Only the PTA accounting office and Administrative Officer will remain in Kolonia, while the bulk of PTA services including the Commissioner’s Office will be located at PTA’s Palikir compound.

An urgent need for a compactor/roller was also shared with Governor Oliver for the PTA’s continuing operations.  The compactor/roller is used to compact soil, gravel, concrete, or asphalt in the construction of roads and foundations.  An invitation to bid has been announced to the public through the Department of Treasury and Administration for the procurement of this piece of equipment.

Plans to corporatize or privatize PTA have been discussed in previous administrations.  Governor Oliver related his vision for PTA to gradually lessen their dependence on the State Government and be self-autonomous and self-sustainable.  He noted the importance of first looking closely at how PTA can be sustainable.  He encouraged Commissioner Panuel to work closely with the PTA Board of Directors to make this a reality.  Governor Oliver suggested the benefits of a full financial analysis, considering previous analyses made, to create an achievable timeline to privatize/corporatize PTA.

Chief Lickaneth confirmed with Governor Oliver,  the last run to Kapingamarangi brought water tanks that were donated by Micronesia Conservation Trust (MCT) and International Organization for Migration (IOM) Micronesia.  Chief Lickaneth further updated Governor Oliver on the drought situation, saying that since July 2020 there has been very little rain.  The most immediate concern for the people of Kapingamarangi, he noted, was their food supply.  He noted that the drought conditions will have a long term effect on the food supply.  He advised Governor Oliver that he would provide an update after a radio conference with Kapingamarangi that same day and share information for a way forward.

On February 4, 2021, a second meeting was held with the Administrative Officer for Kapingamarangi, Mr. Nickson Dickepa, representing Chief Lickaneth at the Governor’s cabinet conference room.  Director of the Department of Resources and Development, Mr. Hubert Yamada, and Director of the Department of Public Safety and Disaster Coordinating Officer, Mr. Patrick Carl were present.

Updates were provided by Mr. Dickepa, who reiterated Chief Lickaneth’s previous report on the scarcity of rain.  He also shared that at least 10,000 gallons of water is publicly available on Kapingamarangi, but will have to confirm the amount available in private tanks.  Director Carl shared the classification of the current drought situation as D3 = Extreme Drought, which increased since October when it was at D4 = Exceptional Drought.  Mr. Dickepa again expressed the priority will be the food supply.  He shared Chief Lickaneth’s concern about the long-term effects of local crops because of the extended drought conditions.

Governor Oliver approved Director Yamada’s motion to reactivate the Kapingamarangi Task Force to deal with the current emergency declaration and secure transportation urgently to provide relief to the drought-stricken people of Kapingamarangi. The Task Force is looking at utilizing the vessel, Ms. Lady Minto, as soon as possible for the next emergency run.  An update provided by Director Carl on February 5, 2021 confirms that six water tanks with 250 gallons capacity are full and available for use in Kapingamarangi.  Further updates will be provided as the situation unfolds.

On Friday, February 5, 2021, at 8:30 AM, Governor Oliver, Speaker Lambert, and Special Assistant to the Governor, Kapilly Capelle, met with Ambassador Akilino Susaia via zoom virtual conference. Ambassador Susaia is Pohnpei State’s second representative on the Joint Committee for Compact Review and Planning (JCCRP), recently appointed to replace the late Rev. Bethwel Henry.  The other representative, FSM Congress Vice Speaker Esmond Moses, was not able to join the virtual conference.

On Friday, February 5, 2021, Governor Oliver, Lt. Governor Perman met with PUC General Manager, Mr. Nixon Anson at the Cabinet Conference Room.  The purpose of the meeting was to discuss the signing of an MOU with PUC, ADB, and FSM National Government for a grant of $740,000 to be awarded to PUC.  The grant will assist PUC to hire a team of consultants to review ALL of PUC operations in their entirety and make recommendations for efficiency and effectiveness.

This tripartite MOU that includes PUC, FSM and ADB has been under review for almost one year as stakeholders, including the Pohnpei State Attorney General’s Office, have thoroughly reviewed the MOU.  The MOU provides for a formal agreement of assurance to PUC by the Pohnpei State Government, should assistance be needed, during the course of this grant period.

Feb 25, 2021 PIO
Enginkehlap News from the Office of the Governor

Chief Mailo ALL tested NEGATIVE and one to disembark/quarantine

Feb 25, 2021 PIO
Enginkehlap News from the Office of the Governor

Chief Mailo ALL tested NEGATIVE and one to disembark/quarantine