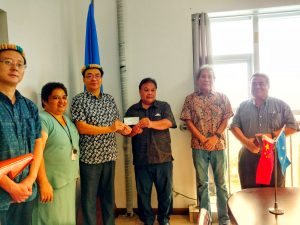 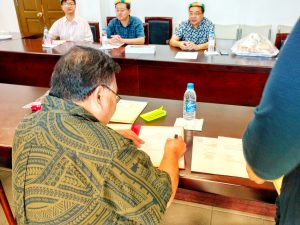 Governor Oliver signs the receipt for the $20,000 donation from the People’s Republic of China