1.On Monday, September 14, 2020, Governor Oliver received the Committee to Wait on the Governor from the third regular session of the 10th Pohnpei State Legislature. Chairman of the Committee, Senator Marvin Yamaguchi of Kolonia was joined by Senator Mitaro Simina of Sokehs and Senator Kasinda Ludwig of Kapingamarangi. Chairman Yamaguchi advised Governor Oliver that the Legislature has started their third and final regular session for this fiscal year that will run for 30 days and the focus of this session will be on the FY21 budget.  Governor Oliver thanked Chairman Yamaguchi and the Committee for their visit and shared updates from the Executive branch including the FY21 Budget, COVID-19 continuing preparations, and activities, Pohnpei State Government administration building renovations, Government housing renovations, and a briefing done by the members of the FSM Joint Committee on Compact Renegotiations. 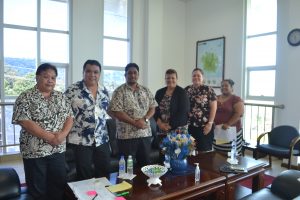 2.  On Wednesday, September 16, 2020, Governor Oliver met with the Board of the Office of Fisheries and Aquaculture.  Mr. Donald David is the Chairman, and he was accompanied by acting Administrator, Mrs. Herleen Cheida, and OFA Staff member, Mrs. Memory Route. Chairman David updated Governor Oliver on the successful deployment of four Fish Aggregating Devices (FAD) around Pohnpei and And Atoll.  Chairman David noted the assistance from NGOs, community fishing groups, and regional organizations, like the Pohnpei Fishing Club and the Tuna Commission in the deployment of the FADs which are yielding daily catches ranging from 300 to 1000 lbs.  He asked Governor Oliver for his support and endorsement to purchase more FADS to deploy around Pohnpei, mentioning the increase in awareness and support from local fishermen.  Governor Oliver was happy to hear of the successful deployments and advised Chairman David and the OFA staff that he will be working with his staff to transmit a request to Legislature for additional funding to support this activity. 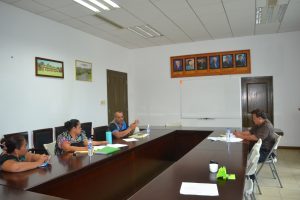 4. On Thursday, September 17, 2020, Governor Oliver and Lt. Governor Perman attended a presentation on the PRIME Project: Environmental and Social Safeguards Assessment and Instruments.  PRIME stands for Prioritized Road Investment and Management Enhancement.  This $40 million project is financed by the World Bank through Argo Environmental consultants from New Zealand, with consultations across the FSM including in Pohnpei with the FSM Department of Transportation, Communication, and Infrastructure (T, C & I ) and Pohnpei State Office of Transportation and Infrastructure (T & I).  In his remarks, Governor Oliver advocated for Pohnpei’s transportation infrastructure to be prioritized as the capital of FSM.  He shared two examples that highlight the importance of road investment and management.  He spoke of a small cement culvert that wasn’t properly maintained and broke, causing transportation problems for up to eight hours into and out of Madolenihmw.  He also spoke of the contrast of a having a deteriorating bridge next to the newly renovated Kahmar Bridge that was recently renovated in Nett.   Argo environment was represented by Mr. Eugene Joseph from Conservation Society of Pohnpei (CSP) who gave an overview of the project during this initial stakeholder consultation that included the Governor’s Office, the Pohnpei State Department of Resources and Development, Division of Social Services, Environmental Protection Agency, FSM Finance, and the Pohnpei Senior citizens group.  According to Mr. Joseph and FSM Finance’s Mr. Wilmer Kilmete, the Awak bridge has been identified as a priority project to be replaced for now.  Priority projects have been identified across the FSM by Argo Environmental and FSM TC & I.

During the question and answer session that followed the presentation, the Director of the Department of Resources and Development, Mr. Hubert Yamada, provided some feedback on the project objectives, echoing Governor Oliver’s remarks to prioritize Pohnpei’s road investment and infrastructure. 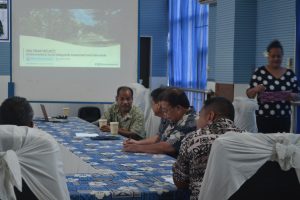 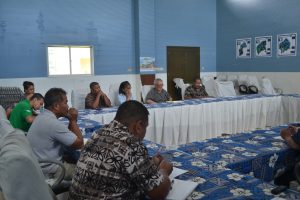 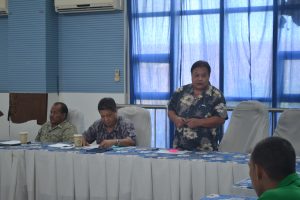 5. On September 13, 2020, Director of the Department of Public Safety, Mr. Patrick Carl, happily informed Governor Oliver that two fishermen who did not return as scheduled were found at Ahnd Atoll, safe and sound the following day.  The fishermen were not lost at sea, but instead had diverted their course to Ahnd Atoll, the closest piece of land, due to bad weather.

Please remember to never go fishing alone, always take a partner.  It is always good practice to take a cell phone when fishing in case you may need to call for assistance.  It’s also recommended that you advise family and friends when and where you are fishing and what time to expect your return.  Other safety items, if available, include a flashlight, flotation devices, first aid kit, whistle, and extra fuel and water.  You can also call the weather station before going fishing for the latest weather forecasts at 320-5788 in English and 320-5789 in Pohnpeian.

Nov 21, 2020 PIO
Enginkehlap News from the Office of the Governor